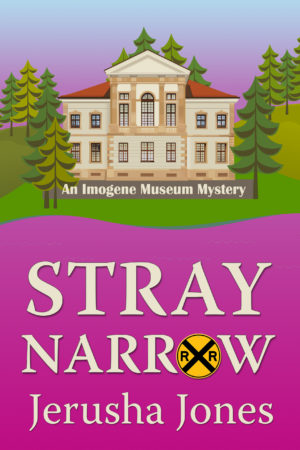 Sockeye County has a lot of nooks and crannies. Combine a vast stretch of mostly wilderness with a sparse and fiercely independent populace, and—naturally—the sheriff’s department is stretched thin. Which makes it a terrific place to commit a murder. And hide the evidence. In theory.

Except there’s a witness. One small for his age but remarkably resilient witness. Who’s found shelter in an empty fifth-wheel trailer near a house where a nice couple named Pete and Meredith seem to be settling in. If only that nosy hound dog would just leave him alone.

But Sheriff Marge Stettler isn’t about to let outsiders turn her scenic jurisdiction into a body dumping ground. Not even while her own constituents have her hopping from one crisis to the next. Which is why she’s enlisted Meredith, the newly christened Mrs. Pete Sills and curator of the eclectic Imogene Museum, to produce an exhibit of the area’s goriest and most notorious crimes—as a warning to all and sundry that greed and villainy don’t pay.