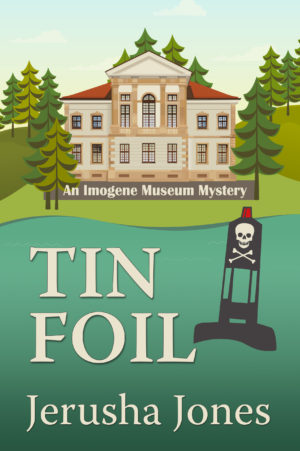 When Meredith Morehouse, curator of the eclectic Imogene Museum, and her friend, George, narrowly miss death via explosion, Meredith’s curiosity instinct kicks in. The explosion could’ve been accidental, but if not, who was the target?

Meredith’s about to take the witness stand in Sockeye County’s trial of the decade. George is a semi-retired fisherman. But George’s earlier hint that he needs to talk to Meredith’s new beau, hunky tugboat captain Pete Sills, about something he’s seen indicates not all is peaceful on the mighty Columbia River.

Can Meredith and Pete sort out George’s frightening suspicions before someone puts one or both or all three of them out of commission?