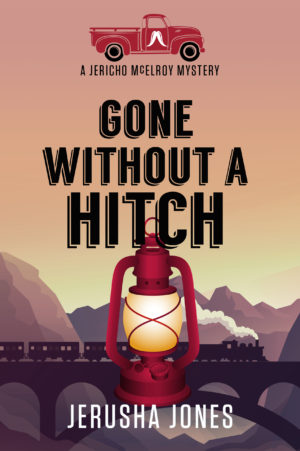 Gone Without a Hitch

Everyone’s talking about it. The heist of the century.

Klickitat County hasn’t seen an absconding of this sort since the days of stagecoaches and payrolls delivered in gold.

Technology is the new gold, and believe it or not, it can go missing. Right off a railroad side rail in the middle of the night.

And while everybody’s talking, nobody’s saying anything of substance. Which makes Jericho McElroy mighty glad that he’s not the sheriff tasked with solving the theft.

In a county where half the residents are land rich but cash poor, scrabbling together a subsistence of sorts and bristling with a don’t-tread-on-me mentality, a little extra spending money can go a long way. After all, they have their baby bumps, batteries, bunkers and booby traps to think of.

But Jericho’s finding that not all quirks are endearing. Some are downright dangerous.