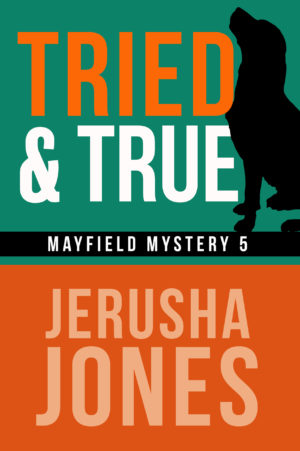 Summoned to a conference with a loathsome biker gang president, Nora learns her phantom money-laundering husband is striking fear into the hearts (and guts) of his former clients. Can she capitalize on their trepidation without getting sucked into the criminal network’s implosion or facing retaliation herself for the ambition plans Skip still has up his sleeve?

And what about gangster Numero Uno, the reclusive big cheese at the top of the West Coast’s organized crime pyramid? Can Nora lure him into the crossfire and rub out the aristocratic thug who is so carefully concealed behind his army of accountants and knee-bashers?

Nora’s only goal is to secure tranquility for Walt and the foster boys in residence on the Mayfield poor farm. But what will it take to earn her own freedom?

Tried & True is the final installment in the Mayfield cozy mystery series.