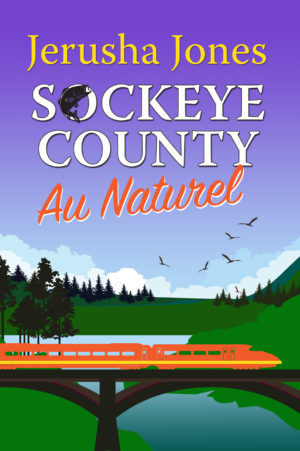 The population of Sockeye County is growing, for all the best reasons—weddings and babies! But the other kind of influx is going on too. The singular kind of crazy that is tourist season.

While their leisure-spent money is certainly appreciated by the townsfolk, the thrill seekers bring a hard-charging, adrenaline-laced edge to everything they do, from buying supplies at Junction General to clogging the narrow shoulders of State Route 14 with their tricked-out crossover vehicles and boat trailers. Not much about this season is bucolic.

So when the body of an off-duty, out-of-area police officer is found along the railroad tracks, Sheriff Marge has an abundance of suspects. But the more she and her team investigate, the more they think the victim was hiding—not just from corrupt cohorts, but maybe from himself as well. Maybe from something even worse.

Sheriff Marge has more than enough to do just taking care of her own constituents. Will luring a knowledgeable killer out into the open stretch her and her deputies beyond the breaking point?