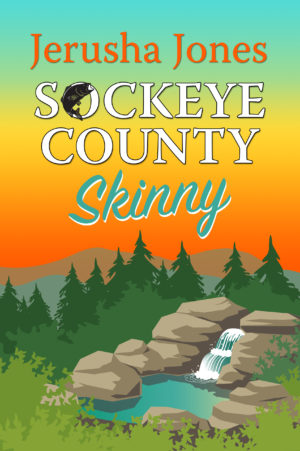 Sockeye County sits smack dab in the middle of the scenic Columbia River Gorge. It’s a land full of history and natural resources.

And criminals, apparently. Or at least the criminally negligent.

When a mining truck loses its brakes and crashes down an embankment into the river along with its entire load, no one is more surprised than the controversial earth-moving contractor to find out there was an extra passenger.

An extra passenger who is too dead to answer questions.

But Sheriff Marge and her deputies have a lot of questions. And so does Meredith Sills, the curator of the Imogene Museum.

Because while the passenger wasn’t carrying his identification, he was carrying something that should’ve been placed in safekeeping in a museum at least a century ago.