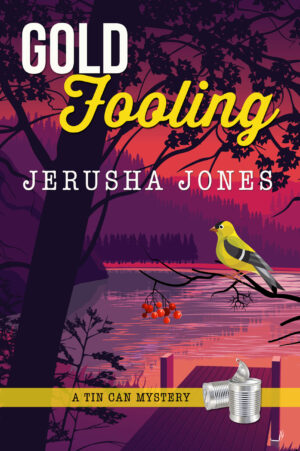 Well, not entirely. But just at this moment, Eva Malloy’s family is being terrorized by an orange-haired bridezilla of a mother-in-law with gaudy taste in haute couture.

But when their dress designer learns she’s on the receiving end of an FBI investigation, Eva has to step in—to protect the young entrepreneur’s reputation if not her own dignity when she walks down the aisle as matron of honor.

It’s a tangled web, and the young woman is almost petrified with fear and confusion and dubious family connections of her own.

Eva’s husband, Detective Vaughn Malloy, will jump into the fray, because that’s the kind of man he is. As will the majority of the invited wedding guests, because they’re from the same mold too and don’t take injustice lightly.

But it’s a big task, all while Eva and Willow also need to pull off the gastronome’s wedding reception of the decade. The one that’s being written up in all the papers—before it happens.